This is Justin's NEW toy! Today is Justin's 20th birthday....he's my oldest and I can't believe he's 20....oh dear me where does time go?? Anyways, he LOVES the color orange so much that everything is orange...when he brought home his new 4 wheeler...I was not a bit surprised it was orange. So that being said, I decided to make him an orange 4 wheeler birthday card. I used the Cricut Camping cartridge to cut it out. I also used the Cricut Doodletype cartridge for the numbers and words. We call Justin "dude" and our youngest "little dude"...so they know who we're talking to when we call their nicknames. I covered the "happy birthday" in Diamond Glaze and added a little bit of orange stickles to the tassel on the party hat which doubles for an "A". I also used cats eye chalk ink on all the edges to make it seem a little more defined and also to give the look of being dirty....even though Justin cleans his ride after each using!! One last detail...I used a small piece of aluminum foil for the headlights...in the first picture it looks like the lights are on!! Well, that's about it for now...I hope you have a wonderful day! HAPPY BIRTHDAY JUSTIN!!!!!

HAPPY BIRTHDAY JUSTIN!!!!!!! His new toy looks fantastic DeeDee! And I love his card, and so will he! Awesome use of that 4 wheeler cut! Hope you guys have a very fun and festive day!

Best wishes for a great birthday, Justin! What a nice gift, and what a perfect card for the occasion! Great job! Best, Curt

Happy Birthday, Justin! This card is perfect, DeeDee!!!!! I love it! 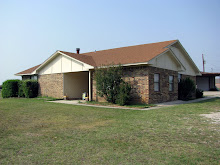